An upper room did our Lord prepare For those He loved until the end:
And His disciples still gather there To celebrate their Risen Friend.

A lasting gift Jesus gave His own: To share His bread, His loving cup.
Whatever burdens may bow us down, He by His Cross shall lift us up.

And after Supper He washed their feet For service, too, is sacrament.
In Christ our joy shall be made complete: Sent out to serve, as He was sent.

No end there is! We depart in peace, He loves beyond the uttermost:
In every room in our Father’s house Christ will be there as Lord and Host.

PRAYERS OF CONFESSION
Gracious God, although You never abandon us, we confess that we have often turned away
from You.
Although You have bound Yourself to us, we do not always bind ourselves to You.
Although You never leave us or forsake us, we often desert You and fail to love
others as You have loved us.
Have mercy upon us, Lord.
Forgive our refusal to follow You faithfully,
and transform us by the power of Your healing love.
Through Your grace, renew us and sustain us,
and shine Your life-giving light into our darkness,
for we ask these things in the name of Jesus Christ our Lord.
(Silent)

ASSURANCE OF FORGIVENESS                    (adapted from Romans 5:10-11)
Leader: If while we were enemies, we were reconciled to God by the death of His Son, now that we are reconciled, shall we be saved by His life.
People: We rejoice in God through our Lord Jesus Christ, through whom we have now received our reconciliation.
Leader: Friends, believe the good news of the gospel:
People: Through the life, death, and resurrection of Jesus Christ, we are forgiven!

But after I am raised up, I will go before you to Galilee.” Peter said to him, “Even
though all become deserters, I will not.” Jesus said to him, “Truly I tell you, this day, this
very night, before the cock crows twice, you will deny me three times.” But he said
vehemently, “Even though I must die with you, I will not deny you.” And all of them said the
same. 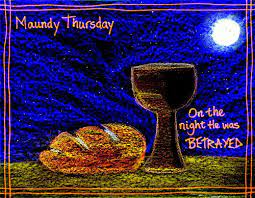 EXTINGUISHING THE CANDLES
As Jesus walked upon the earth, He shined
God’s light, and He demonstrated such love
and grace that people were drawn to Him.
And as John’s gospel reveals for us, anyone
who is drawn to Jesus, anyone who comes
to the One who is the Light of the world,
Jesus will never drive away. (See John 6:37)
Jesus will not forsake us or leave us alone.
In the same way, Jesus, as the Good Shepherd,
cares so much for all His sheep that He not only
knows them, but He also gives them eternal life.
And because Jesus loves all the sheep, no one
is able to snatch us from His hand.
(See John 10:28)
Jesus will be with us, and He will not leave us
alone. And, through the parables that Jesus told,
which were so full of wisdom, and so full of lessons
for us, the disciples heard how God would not abandon
us, but instead Jesus taught that God seeks to bring all
that is lost – like lost sheep, or lost coins, or lost children –
God seeks to bring all that is lost back home in order to
welcome us with open arms. (See Luke 15:1-32) Because
we are embraced by the God of love, we are not alone.

Mark 15:15-20 – The Humiliation of the Cross
So Pilate, wishing to satisfy the crowd, released Barabbas for them; and after flogging
Jesus, he handed him over to be crucified. Then the soldiers led him into the courtyard
of thepalace (that is, the governor’s headquarters); and they called together the whole
cohort. And they clothed him in a purple cloak; and after twisting some thorns into a
crown, they put it on him. And they began saluting him, “Hail, King of the Jews!” They
struck his head with a reed, spat upon him, and knelt down in homage to him. After
mocking him, they stripped him of the purple cloak and put his own clothes on him.
Then they led him out to crucify him.

Surely he has borne our infirmities and carried our diseases;
yet we accounted him stricken, struck down by God, and afflicted.
But he was wounded for our transgressions, crushed for our iniquities;
upon him was the punishment that made us whole,
and by his bruises we are healed.
All we like sheep have gone astray;
we have all turned to our own way,
and the Lord has laid on him
the iniquity of us all.
– Isaiah 53:4-6

Learn how to help the family of a pregnant mom, killed two days before Christmas, in this week’s announcements.

Who in the World Cares?

Rev. Ulrich shows how much God cares, through the story of Jonah.

From Obstacle to Opportunity

Rev. Tom Ulrich teaches how God can take an obstacle and turn it into an opportunity.

More Than A Meal

Read how an upcoming event will be more than a meal in this week’s announcements.

This week’s announcements have information about several upcoming events.